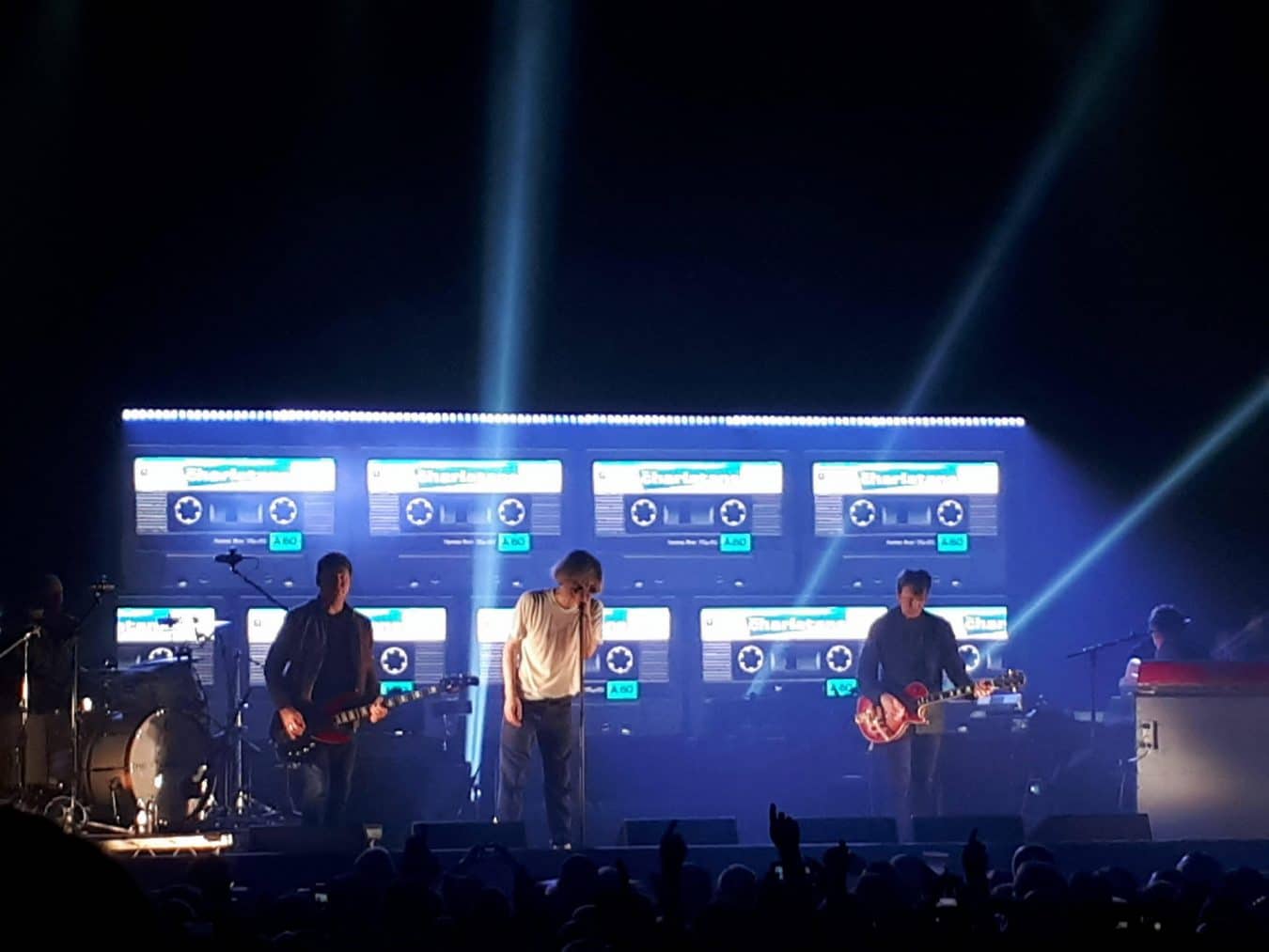 Considered to be one of the greatest bands to come out of Manchester (questionable Mancunian) the Charlatans perfectly embody the ‘Madchester’ sound. The indie Rock band dates back from 1989, with their debut single ‘Indian Rope’ landing them their first major label, the second ‘The Only One I Know’ quickly rising to be a top 10 single in the U.K music charts. Fast forward to 2017 and they are on their 13th album release ‘Different days’ and a U.K and Ireland tour under wraps.

In true Charlatans fashion they not only like to deliver a musically sound performance but they also like to make sure everyone is included and doesn’t miss a thing. With live streaming on the big screen it ensured that no matter where you were in the venue you had your eye on the band and didn’t miss a thing.