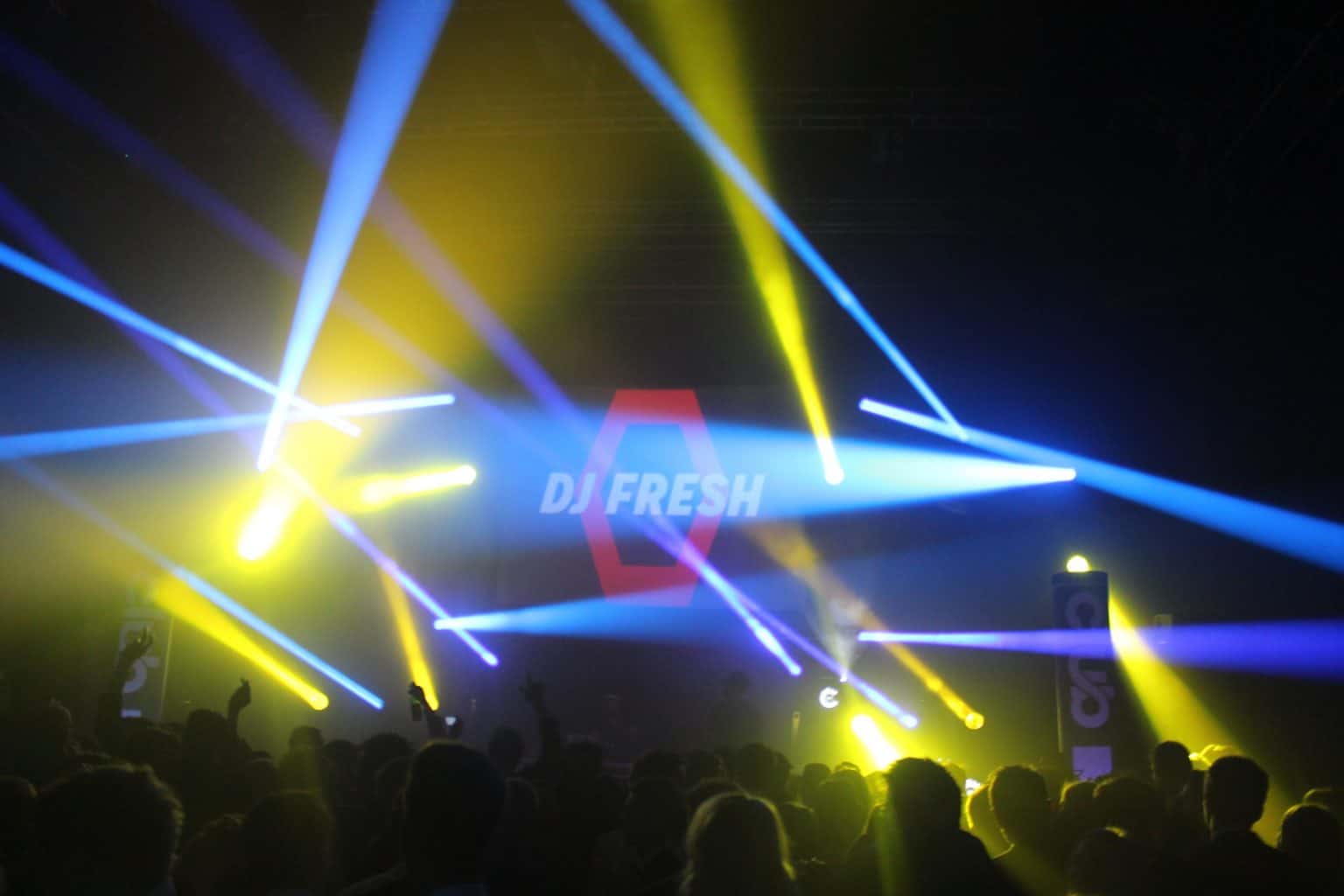 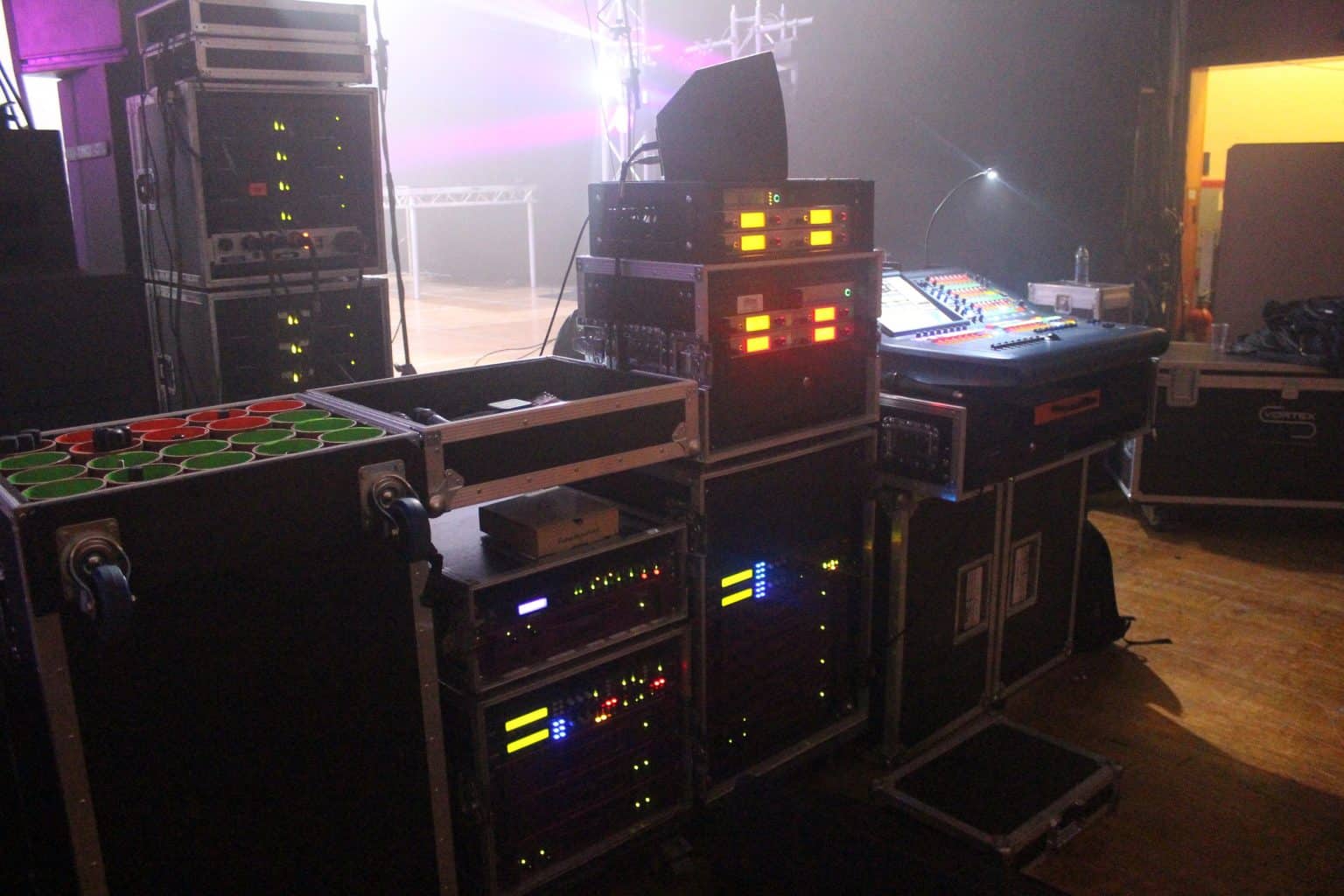 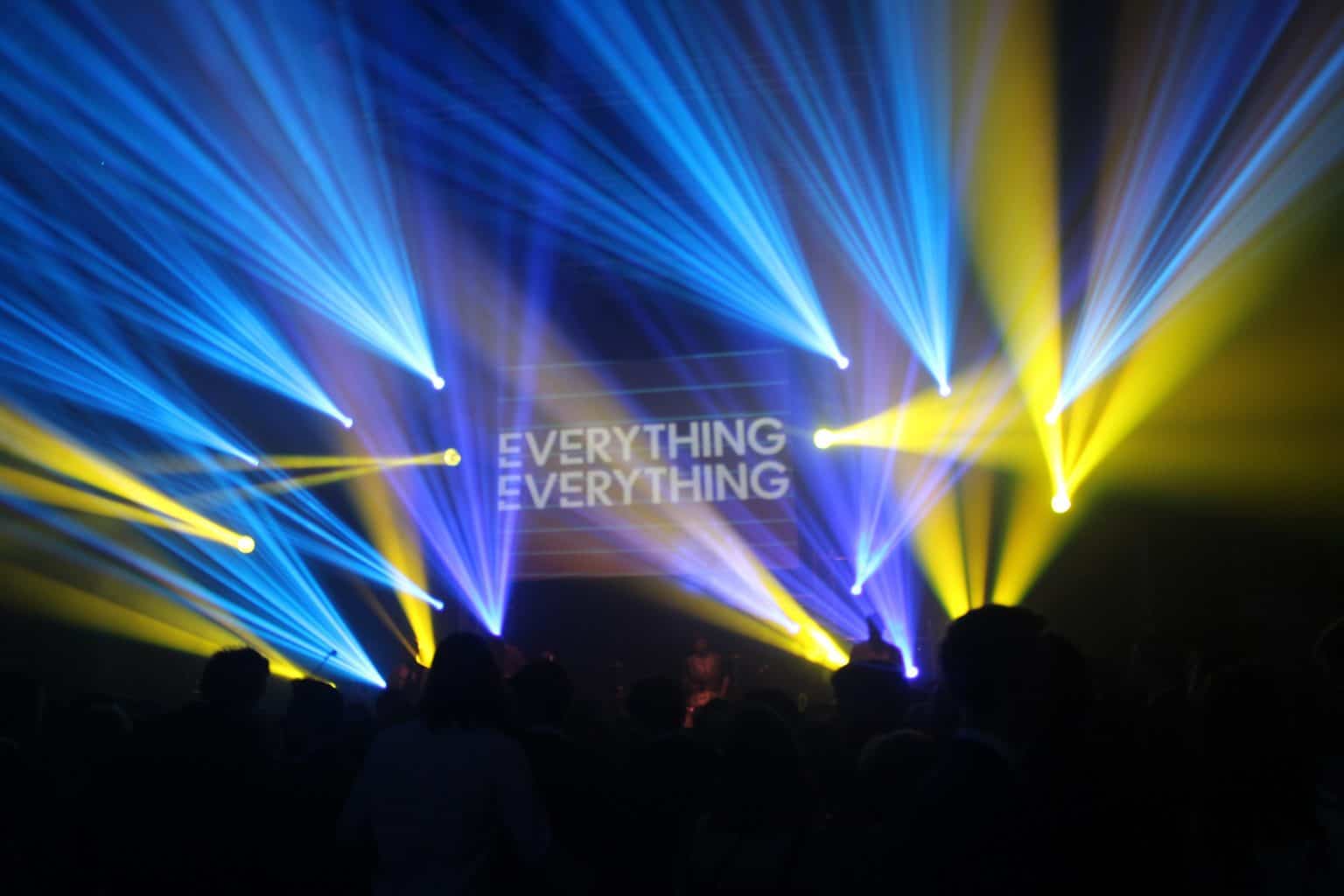 Aberystwyth university is located on the top of a hill looking out across the Irish sea, a beautiful setting for a summer ball to mark the end of the year for the students. We worked with Lee welsh from VMS Live to producing this gig – VMS are a Venue management company with years of experience of producing events.

The two key areas we produced were the Arts Center and the Marquee: –

For Visual effects we used one of our Barco SLM G8 ‘s on 14′ x 10’ screen which was then controlled by a Resolume arena 5 Media server.

The Marquee which was setup outside the arts center in the court yard was home to a bar and another venue which began with live acts and ended with a headphone disco and secret cinema. We decided to use out Funktion – one Res 2 sound system as the throw required was 10 – 20 meters and used a Allen heath QU 32 to mix the bands combined with its digital stage box system – AB168.

We also extensively used out Outdoor LED Par cans which brought loads of colour to the event.  And within the marquee a simple yet effective stage set up with Mac 250 Kryptyons provided movement and effects to accompany the performances.

The secret cinema used one of our Barco G8 Projectors and a 8′ x 6′ screen.
VMS Live Website

Toggle the Widgetbar
We use cookies to ensure that we give you the best experience on our website.OkRead more