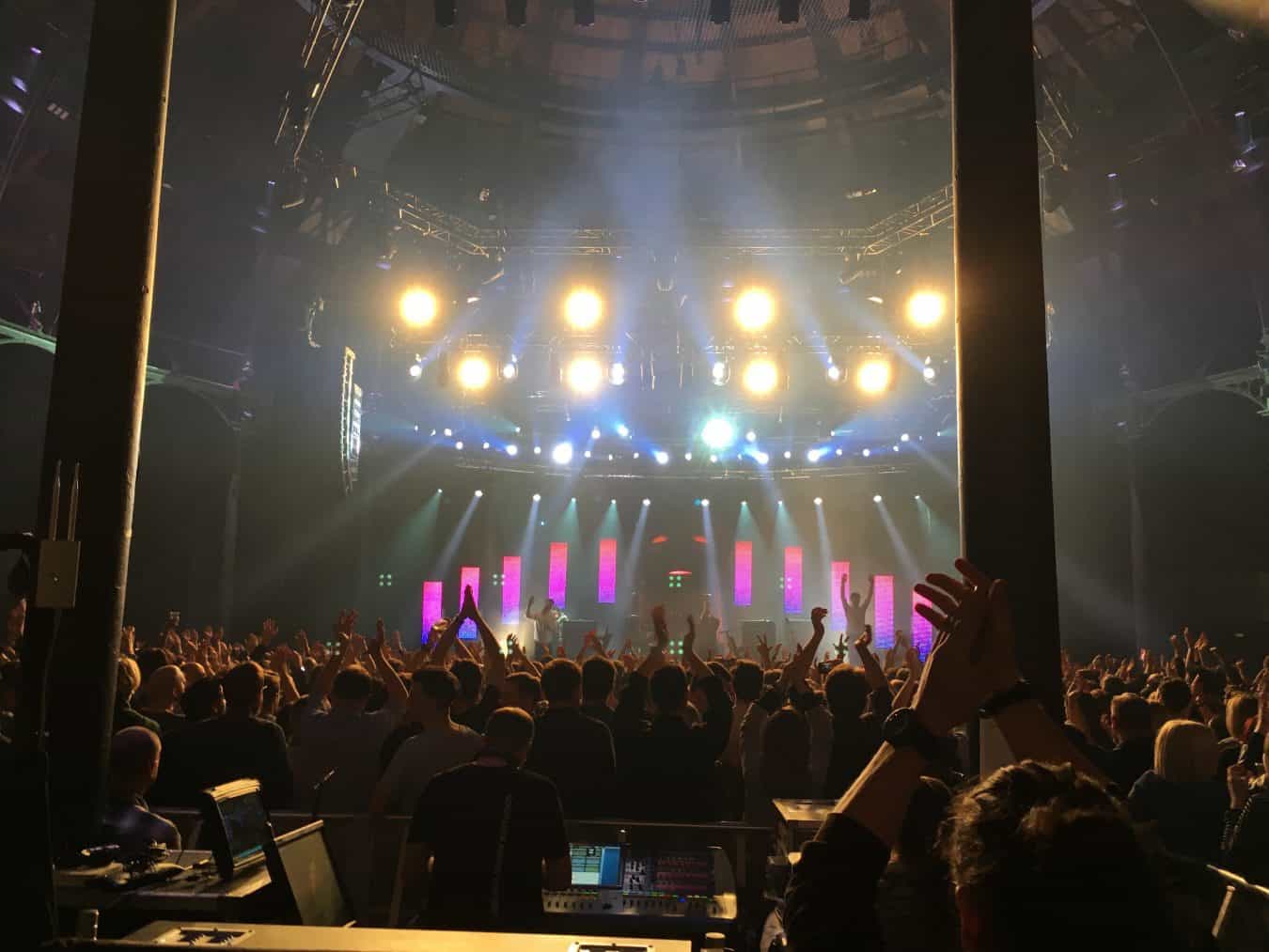 At the end of summer 2016, we were asked to support the Wild Beasts Boy King tour. The support included Lighting, LED Screens and content creation services for their up coming autumn/winter tour. The tour consisted of both UK and european dates, as well as a few cheeky festival dates too. Working along side the Bryte Design Studio, we were able to provide a cost effective setup.

Bryte Design’s show designer Cate Carter and creative producer Pablo Beckett produced this original design for Wild Beasts. Their innovative design featured our light weight Stealth LED tiles and a well thought out floor based lighting package. The design consisted of 6 sticks of LED screen cleverly mounted on vertical scaf tubes set to varied heights. The Boy King album cover was used as the backdrop for this production. The Stealth LED sticks were covered with white latex material, allowing for interesting effects as the content shone through. Pablo’s design made good use of the backdrop by incorporating gauze for the eyes and mouth. This allowed light it spill through creating the required spooky look.

We had to keep in mind that the kit would need to fit into a tour bus trailer. This was key to keeping this production on budget, due to transportation costs. We managed to package all of the equipment in such a way, that the tailer pack was acceptable. The Stealth LED tiles folded neatly into one flight case. The GLP X4 lighting fixtures with their compact design, also allowed for smaller flight cases.

The LED screen content was produced onsite, which was a great advantage for the whole creative process in rehearsals. Our Media Tech Steve Page was able to produce some interesting, visual stimulating, animated artwork for the Stealth LED towers. The screens were all fed from a compact media server solution, a 13″ macbook pro with the latest version of Resolume Arena 5 was used whilst an APC40 midi controler gave Steve the necessary hands on control needed for a sharp performance.

The lighting package included 6x GLP X4’s, 8x Philips SL IP LED Strip, 8x RGBAW+UV LED parcans, 4x 2 cell blinders and a Smoke Factory Tour Hazer 2. We decided that the Avolites Tiger Tour 2 lighting console would offer everything we needed for control. The compact design ment we could easily transport the console on flights to some far out shows on the tour. Lighting Tech Will Kinnaird and Media Tech Steve Page worked together on these shows. From programming in rehearsals to operating during the shows, their skills have unquestionably set a new standard.

So Boy King is actually all about being wild – a song called Big Cat opens the record – and sex, hyper-masculinity (Adonis and Colossus are referenced) and getting one’s “bang”. Basslines swagger, and the prettiness that lit up the band’s first three albums (one of them Mercury-nominated) has become a guttering, neon strip, one that deepens the electronic flirtation Wild Beasts began on their last album, Present Tense.The Guardian 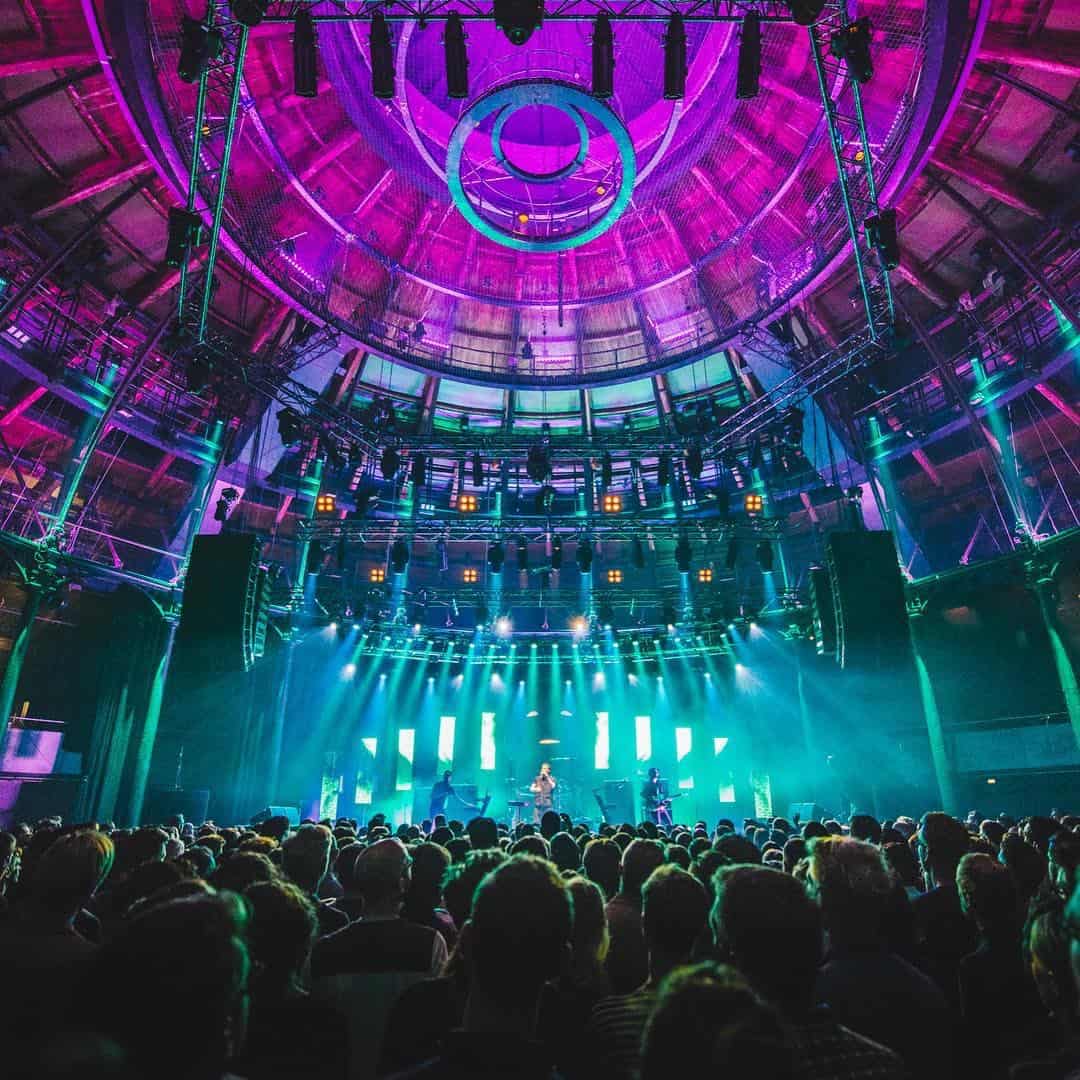 Toggle the Widgetbar
We use cookies to ensure that we give you the best experience on our website.OkRead more