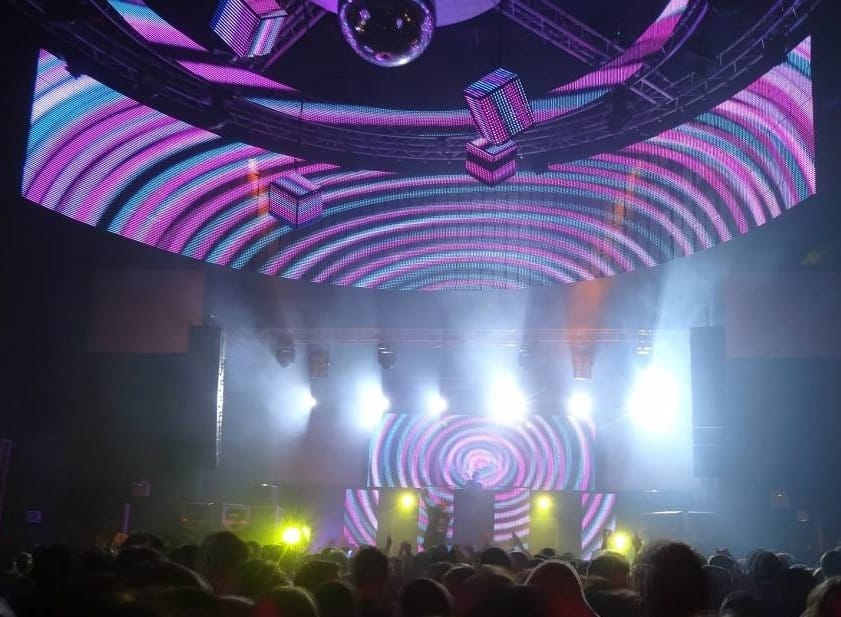 This is an example of a recent night club install we have deployed at the Forum, in Hatfield Hertfordshire. They wanted to update their current visual equipment in the main room of the venue, so we designed and installed a futuristic stealth LED screen install. We decided that stealth would be the best product for the install as it still the lightest weight screen available in its class.

We used over 180 Stealth LED Tiles, a Resolume Arena media server and some clever mapping. The Stealth was configured in a few interesting ways, we have made cubes that appear to hang in free space, free standing columns, a large curved see though screen and a back wall screen. We really have transformed this nightclub, taking visual stimulation to the next level.

We also installed a Barco G8 projector into the foyer, this is connected to an online media server which gives the forum promotion team an easy way to update the upcoming club nights and promotions. This can also show live Twitter and Facebook feeds.

After meetings with the club managers, we agreed on a great value long term hire deal. The monthly payments we set up means that they are able to spread the cost, making it more suitable for the night clubs financial workings.

Also as they are renting, it gives them great peace of mind, knowing that we will take care of the maintenance and alterations.